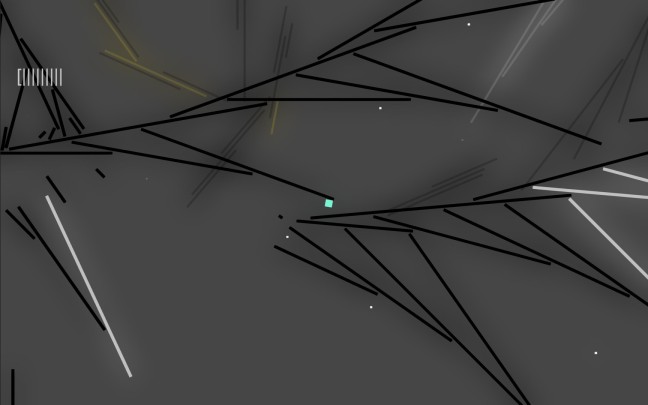 It’s unsure whom we have to thank for the trend of incredibly difficult games currently pervading the whole videogame medium. Whether it’s the precision blood-spattering of Super Meat Boy, or the literal spirit-sapping of Dark Souls, it seems we have a slight obsession with being punished. There’s no shortage of these games in the market, but derivatives of the most well-known end up feeling exactly that; devoid of charm and a simple exercise in paint-by-number imitation and frustration.

That’s what initially excited me most about gravilon. Screenshots deny an easy comparison and even armed as I am with “inside knowledge”, it’s difficult to shoehorn it into classifications us gamers so like to use. It’s a platformer at heart, but that foundation is already tentative given the complete lack of jumping. There’s a healthy dose of puzzling and logical thought but that category doesn’t tend to move at the speeds gravilon achieves so does that make it a racing game? Possibly. It’s a little of everything and yet nothing like the examples you’d pick to represent those genres. It’s simply gravilon.

As I alluded to in the last paragraph, gravilon is a platfomer without a jump button. Your character is a simple square that rolls much like you’d expect the actual shape would, meaning that it doesn’t roll particularly well at all and you’ll have to plan for the awkward angles launching you at high velocity. This is also your means to survival; the world depicted in gravilon is an unfinished canvas, a dark void strewn haphazardly with sharp lines and abstract shapes. Crossing one simple gap is a case of finding the best position to begin your acceleration that provides the ideal speed yet also times your movement to trigger a jolt that carries you across the cold abyss.

If only it were so simple, of course. As the title suggest, gravity has a big part to play and you’ll quickly discover the smaller cubes that reverse the force’s pull are key to navigating even the early levels. A leap of faith to collect one is often the only option and that calls for a rapid adjustment of course and momentum on the return trip. These moments are breathless. Even without the short bursts of slow motion you can trigger, you’ll feel the seconds extend as you spin helplessly through the vacuum and then bounce precariously on impact.

What makes it difficult without becoming arduous is tough to place. There are so many elements in gravilon that could make any game unpleasant, such as a lack of checkpoints and a reliance on unpredictable physics. It’s impressive then that it comes together to land perfectly on that tantalising pie chart sliver between frustration and triviality. The levels are manageable in a dozen or so seconds should you possess inhuman dexterity, and you can quickly bypass trodden ground once you know the tricks. It would be remiss of me to even suggest that gravilon ever becomes easy, but there’s a wide audience of people that crave the satisfaction of nailing a tough segment after a hundred fruitless attempts. If Trials taught me anything, it’s that these people certainly exist. 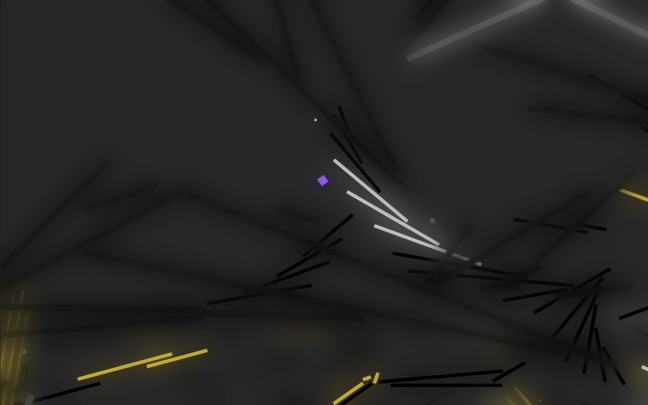 Gravilon is a supreme treat for the senses, which is quite possibly a large factor in surpressing the rising temptation to admit defeat. The visual design is streamlined but unique, its simplicity seemingly to prevent distractions but simultaneously ensuring you could never confuse a screenshot for any other game. The sound work is similarly gorgeous with the clanking of your movement echoing hauntingly while birds chirp to signify progress. It’s a stark representation of minimalism in every sense that could be ignored in favour of a gameplay-based focus yet offers a subtle depth for those inclined to seek it.

Going into gravilon, it’s important to know your tastes and the limitations of your patience. Even the developer acknowledges that it cuts a wide crevasse between those capable of besting it and those that will be overwhelmed. Assuming you fall into the more positive camp, the stripped-back approach provides a fresh experience while the core mechanics are easily adapted to by anyone with experience in the genre. The gratification levels are massive, beyond anything I’ve played before but it’s also one of the toughest. Whether you survive the journey or simply learn a few new curse words is a whole other debate.